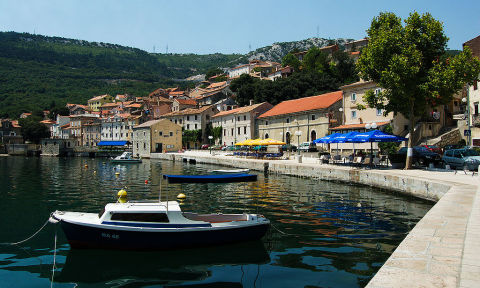 Bakar is a town in the Primorje-Gorski Kotar County in western Croatia. Ninety percent of the population declared themselves Croats by ethnicity. The largest ethnic minority are the Italians with 8% of the population. The old part of Bakar is situated on a hill overlooking the Bay of Bakar. "Bakar" is the Croatian and Turkish word for copper. Bakar is a port for bulk cargo and used to be known for its industrial complex that included coke factory which produced considerable amount of pollution. Bakar's coke factory was closed in 1995 and the area's pollution has subsided significa...