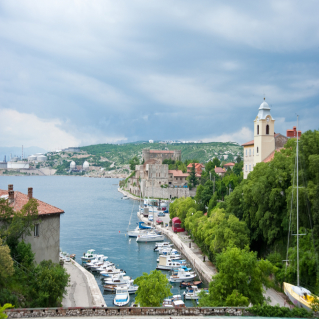 Kraljevica (known as Porto Re in Italian and literally translated as "King's cove" in English) is a town in the Kvarner region of the country of Croatia, located between Rijeka and Crikvenica, approximately thirty kilometers from Opatija and near the entrance to the bridge to the island of Krk. It is administratively governed under the Rijeka civil authority. The town is known for its shipyard which has built a number of ships for the Croatian Navy.