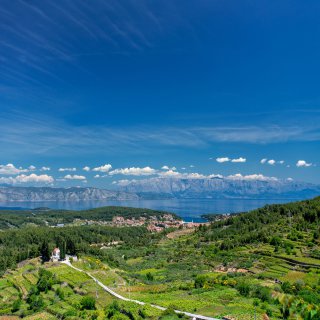 The village of Pitve, one of the oldest settlements on the island, is located 168m above sea level and it consists of two parts – Stare or Gornje Pitve (Old or Upper Pitve) and Nove or Donje Pitve (New or Lower Pitve). Evident from their names they were settled in different times. The older part goes back to Illyrian times, while the newer part dates back to late 15th and early 16th century.